Skip to the beginning of the images gallery
GOULD, John. 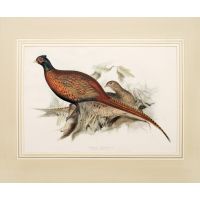 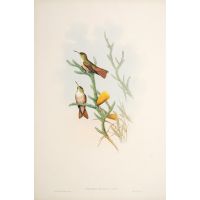 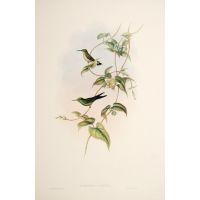 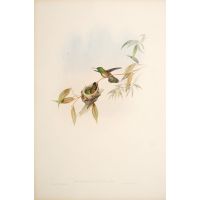 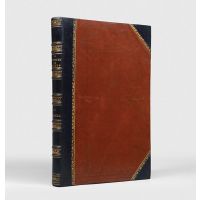 First edition of Gould's first book, the rare issue with the backgrounds coloured; in a letter to Lord Derby, Gould wrote "You will probably recollect that in my first work... neither the plants or sic Backgrounds were coloured; In order to render the Series of my Publications complete... I have had those parts coloured in the few copies I have left" (5 February 1844, reprinted in Sauer).
In 1828 Gould had been appointed "bird-stuffer" to the Zoological Society and when "a collection of birds from the Himalayan mountains arrived at the society's museum Gould conceived the idea of publishing a volume of imperial folio sized hand-coloured lithographs of the eighty species Gould's friend and mentor N. A. Vigors supplied the text. Elizabeth Gould made the drawings and transferred them to the large lithographic stones. Having failed to find a publisher, Gould undertook to publish the work himself; it appeared in twenty monthly parts, four plates to a part, and was completed ahead of schedule. With this volume Gould initiated a format of publishing that he was to continue for the next fifty years" (ODNB).
The list of subscribers runs to 298 names headed by the king and queen and including John James Audubon, the naturalist Sir William Jardine, the novelist Frederick Marryat, and Edward Lear ("Lear, Mr. E., A.L.S. Albany-street, Regent's-park"), noting Lear's recently acquired position as an associate of the Linnean Society. In her acclaimed biography of Lear, Vivien Noakes remarks that Gould took the idea for the folio format of his own books from Lear's Illustrations of the Family of Psittacidae, or Parrots, which started to appear in parts in 1830. However, Lear never finished that project "because his subscribers were so slow in paying that he could no longer afford his printer or colourer" (Noakes in ODNB). He, therefore, had to seek employment elsewhere and assisted Gould's wife, Elizabeth, with work on A Century of Birds, although "there is no mention of Lear's name anywhere" (Noakes, p. 38). In a footnote, she elucidates on the issue of Lear's exact contribution, "It is worth noting that Lear spoke of assisting Mrs Gould 'in all her drawings of foregrounds' and not backgrounds" (ibid., p. 323, n. 21).
This is a particularly handsome copy in an attractive period binding, exhibiting subtle and delicate hand-colouring, from a private collection whose family subscribed to The Birds of Europe and has never previously been offered on the open market.