Skip to the beginning of the images gallery
DRINKWATER, John.

In a Letter to a Friend... By an Officer of His Majesty's Land-Forces. 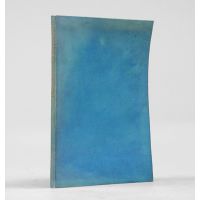 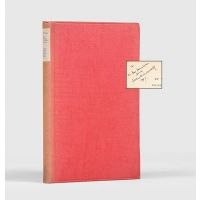 To Be Spoken with An Appeal for Funds For the Rebuilding of The Shakespeare Memorial Theatre at Stratford-upon-Avon.

First edition of "one of the most important eye-witness accounts" of Jervis's famous victory (National Maritime Museum), at which Nelson so signally distinguished himself and was afterwards at pains to ensure that his role was emphasized, this book playing a key role in the creation of his legend; this is an attractive, well-margined copy of an uncommon and gripping narrative.

"The victory was the fruit of teamwork by a fleet which Jervis had trained to a peak of efficiency. Nelson greatly contributed by wearing out of line, but it is going much too far to call this 'disobedience', or to make him solely responsible for the success of the day. Jervis had previously ordered him to use his initiative in such a case, and he acted in accordance with the admiral's tactical intentions. Nelson's boarding party was the most spectacular moment of the day. To board an undefeated enemy was a bloody and desperate move; for a flag officer to lead in person, and take not one but two ships bigger than his own, had no precedent, even though the two ships in question had first been battered for two hours by a total of five British ships. Nelson would in any event have emerged from the battle a public hero, but he took steps to make sure. Sir Gilbert Elliot had witnessed the action from a frigate. One of his staff, Colonel John Drinkwater, was a successful author, and to him Nelson gave an interview intended for the press... This glamorous heroism, easily understood by laymen, eclipsed in the public mind the efficient teamwork and gallantry of his brother officers, among whom Nelson's skill in managing his public image caused some resentment. Rewards for the action were distributed according to rank. Jervis, who had already been offered a barony, received an earldom instead. Nelson, having let his preference be known, became a knight of the Bath rather than a baronet like the other junior flag officers: he had no heir to inherit a baronetcy, and it carried no star and ribbon to wear in public. At the same time he was promoted rear-admiral in the course of seniority" (N. A. M. Rodger in ODNB).

During the course of the battle John Drinkwater (1762-1844, later Drinkwater-Bethune) was serving as an officer with the 1st or Royal regiment and was on the frigate Lively, which acted as a signal ship. Roger Knight, Nelson's acclaimed biographer, notes that Drinkwater and Nelson were already friends and that his account "has been more influential" than any other: "Drinkwater adds drama and draws all the attention to Nelson... At this point in Nelson's career myths began to take hold" (The Pursuit of Victory: The Life and Achievement of Horatio Nelson, 2006, p. 218).

8 folding engraved plates by Vincent Woodthorpe, showing the different positions of the two fleets during the course of the battle.

Binding a little rubbed, a few shallow scratches to front cover, short closed tear at foot of A1, scattered foxing. A very good copy, complete with the half-title.

To Be Spoken with An Appeal for Funds For the Rebuilding of The Shakespeare Memorial Theatre at Stratford-upon-Avon.