Skip to the beginning of the images gallery
SHELLEY, Percy Bysshe. 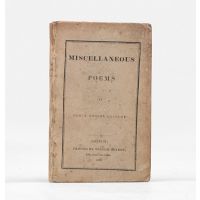 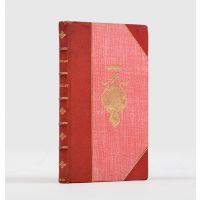 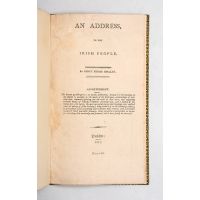 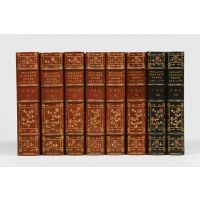 First edition of Shelley's very rare political pamphlet in support of agitation to repeal the Act of Union and to secure Catholic emancipation, energetically distributed by the young aristocrat, who threw copies at likely passers-by from his balcony in Sackville Street, tucked them into ladies' bonnets, and attempted to sell them in public houses.

The title page has a note explaining that the pamphlet is priced cheaply (at five pence) "to awaken in the minds of the Irish poor, a knowledge of their real state". Shelley had become interested in the Irish question by a passionate admiration of the young Irish nationalist Robert Emmet (1778-1803), who at the time of his attempted rebellion had been conducting an affair with Sarah Curran, the daughter of the Emmet family friend and celebrated radical barrister John Philpot Curran (1750-1817). In February 1812 Shelley, his wife Harriet, and their companion Eliza Westbrook travelled to Ireland in company with Sarah's sister, Amelia (who would later paint Shelley's most famous portrait). He stayed until April, to the dismay of his new correspondent and mentor, William Godwin, his future father-in-law, who disapproved of such direct revolutionary actions.