Skip to the beginning of the images gallery
BENTHAM, Jeremy.

A Treatise on Judicial Evidence, extracted from the Manuscripts of Jeremy Bentham, Esq. By M. Dumont, Member of the Representative and Sovereign Council of Geneva. Translated in English. 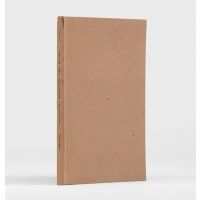 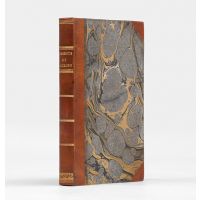 The Elements of the Art of Packing. 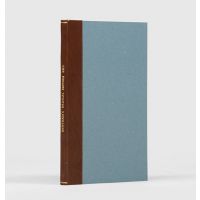 First edition, also published in The Pamphleteer in December 1819. Bentham wrote another tract, Radicalism not Dangerous, about the same date, though this remained unpublished in the author's lifetime.
Provenance: The Manchester journalist, Archibald Prentice (1792-1857), self-styled "labourer in the interest of parliamentary reform" (DNB XVI, 302) and subsequent founder-member of the Anti-Corn-Law League, recalls that "a friend who held Bentham in great veneration was with me in London, and when I left him in the evening had earnestly and solemnly conspired me, by the remembrance of twenty years' friendship, that I should procure him something from Bentham, were it even his smallest pamphlet, with his handwriting in it. I had teased my friend a little, saying that I could not presume to take such a liberty with a man so much beyond my intellectual rank; and, half angry at my affected fastidiousness, muttered something about Scotch coldness and caution. I laughingly told Bentham of this, and taking down one of his volumes, he carefully selected the best of his pens and said, 'I know him as a good friend of liberty, and as usefully engaged in making good books cheap'; and I delighted my friend next morning, after maliciously keeping him some time in suspense by showing him the book and the carefully and neatly written inscription - 'John Childs, Esq., from Jeremy Bentham'" (Historical Sketches and Personal Recollections of Manchester 1851, p. 385).
As his father and grandfather before him, John Childs (1783-1853) was a printer in Bungay, Suffolk. "In association with Joseph Ogle Robinson, he projected the series known as the 'Imperial octavo editions of standard authors,' which sold extensively for many years, and supplied in a cheap but handsome form books of literary value Childs deserves to be remembered as one of the pioneers of the movement for cheap and good literature for the million" (DNB IV, 251).

A Treatise on Judicial Evidence, extracted from the Manuscripts of Jeremy Bentham, Esq. By M. Dumont, Member of the Representative and Sovereign Council of Geneva. Translated in English.

The Elements of the Art of Packing.