Skip to the beginning of the images gallery
MILLER, Henry, & others.

Complete set in fine condition, each numbered and signed by the author 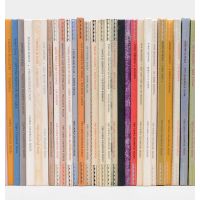 Complete set in fine condition, each numbered and signed by the author