Skip to the beginning of the images gallery
WALRAS, Léon. 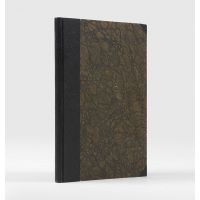 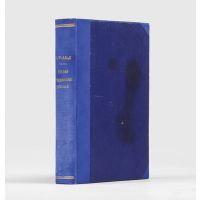 First edition of part I only (pp. 1-208), written by one of the leading mathematical economists. Three years after Jevons and Menger, but independently of them, Walras here enunciated the theory of marginal utility. In this work he continued and refined the work inherited from his father and was successful in developing the law of general equilibrium which made him famous.
Éléments falls into two parts: part I, present here, deals with the theory of exchange (pp. 1-208). Part II, which focuses on the theory of production, was published in 1877 and is continuously paginated (pp. 209-377). "The book regards exchange as the central economic phenomenon and treats all other branches of economic study in relation to this central fact" (Batson).
Walras operates with essentially the same concepts as Jevons, but he searches continuously for solutions of the most general character. Like Jevons and Menger, he bases exchange-value on utility and limitation of quantity. Following his father, he uses the term rareté, which he defines as the "dérivée de l'utilité effective par rapport à la quantité possédée". In other words, rareté is the same as marginal utility. The desire to equalize marginal utilities (according to Gossen's second law) will lead to exchange. And this desire, together with the stocks of goods possessed by each individual, will give a determinate demand or supply for each individual. This can be represented by a functional equation or by a curve.
Walras was influenced by Cournot, and it was probably this influence which enabled him to combine a utility theory of value with a mathematically precise theory of market equilibrium. In spite, or because, of the difficulties which he experienced in this task, Walras was increasingly led to enunciate a general, non-utilitarian theory of economic equilibrium, expressed in terms of functional equations. He is, therefore, essentially the economist's economist, rather than of the general reader or the politician.