Skip to the beginning of the images gallery
SPEKE, John Hanning. 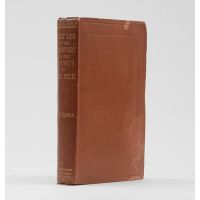 What led to the Discovery of the Source of the Nile. 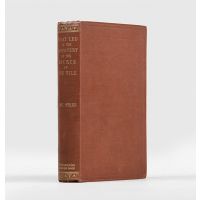 What Led to the Discovery of the Source of the Nile.

Journal of The Discovery of The Source of The Nile.

First edition. Dispatched by Burton from Tabora to verify reports of a large body of water to the north of Lake Tanganyika, Speke discovered Victoria Nyanza on 3 August 1858 and immediately pronounced it to be the source of the Nile. Back in London the strained relationship between the two explorers was finally sundered by the acclaim greeting Speke's discovery, which Burton felt to be premature. In 1860 Speke returned to Africa to confirm his thesis, and in spite of complicated diplomacy involved in crossing the various kingdoms of the interior, eventually located "the point where the Nile issues from Lake Victoria - which he reached on 28 July 1862 and which he named Ripon Falls. This was the crowning moment of the expedition and of Speke's career" (ODNB). Unfortunately Speke's companion James Grant, suffering from an ulcerated leg, had returned northward, so the discovery was unverified; nor did the party follow the Nile stream closely as they travelled north to Bunyoro, allowing critics to question whether Speke's river really was the Nile.

On his return to London Speke almost immediately came under fire, not least from Burton, who questioned whether he had found the same lake from the north as he had seen from the south. The British Association arranged a public debate to be held in Bath on 16 September 1864, but Speke was found dead the previous day, apparently killed in a hunting accident. The circumstances of his death, his dispute with Burton, and his somewhat slapdash record-keeping, have conspired to deny Speke the prominence of Stanley, Burton or Livingstone. But "the importance of Speke's discoveries can hardly be overestimated. In discovering the 'source reservoir' of the Nile he succeeded in solving the 'problem of all ages' He and Grant were the first Europeans to cross Equatorial Eastern Africa, and thereby gained for the world a knowledge of rather more than eight degrees of latitude, or about five hundred geographical miles, in a portion of Eastern Africa previously totally unknown" (ibid.)

Photogravure portrait frontispiece, one other similar portrait, 24 further plates and 46 illustrations to the text, mostly after Speke or Grant, and 2 maps, one full-page, the other folding.

Ticket of Charles Lauriat, Boston bookseller and noted survivor of the sinking of Lusitania, to the front free endpaper. Extremities a little rubbed, front inner hinge cracked between frontispiece and title page. A very good copy, internally clean and fresh, in an attractive binding.

What led to the Discovery of the Source of the Nile.

What Led to the Discovery of the Source of the Nile.

Journal of The Discovery of The Source of The Nile.