Skip to the beginning of the images gallery
GRIFFITHS, Anselm John.

with Practical Hints on Naval Oeconomy, &c. &c. The Whole Profits are for the Benefit of the Royal Naval Charitable Society. 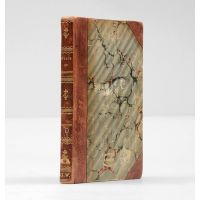 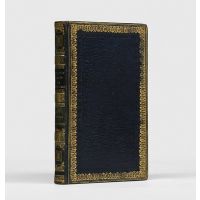 First Edition. Uncommon, Library Hub lists BL, National Museums Scotland, Cardiff and NLW for this edition, OCLC adds nine further copies including NMM, NYPL, and the US Navy Department Library. A wide-ranging guide on matters naval intended to "assist the rising officer in forming correct conclusions" (preface), it was first published at the expense of the author at Cheltenham in 1824, with all his profits going for the benefit of the Royal Naval Charitable Society. A second edition was published in Portsmouth in 1828 and this is the one most often encountered, although far from common itself. The author made lieutenant in 1790 and fought throughout the Napoleonic Wars. He was serving as Troubridge's First Lieutenant in the Culloden at the Battle of St. Vincent in 1797, with the Leonidas he assisted at the capture of Cephalonia in 1809 and the reduction of St. Maura in 1810-11, reaching the rank of Rear-Admiral of the Red in 1841. In a long career he amassed an encyclopaedic store of practical knowledge which he imparts in pithy style. The book certainly enjoyed considerable popularity, and the few copies encountered of either edition tend to have been subject to a certain amount of "service wear" on board Her Majesty's Ships. Among the better known subscribers included in the List - Thomas Masterman Hardy, Admiral Saumurez, both Brentons, Lord Gambier &c. - is Capt. Francis W. Austen, Jane Austen's brother, who had a bright naval career, being promoted for a brilliant single ship action during the blockade of Egypt and seeing service in the channel under Gambier and in the blockade of Toulon and pursuit of the French fleet to the West Indies. He missed Trafalgar as his ship was being re-provisioned. This copy with the ownership inscription of another subscriber, Capt. George Wyndham fourth earl of Egremont to the title page, his initials gilt to the tail of the spine, Egremont bookplate to the front pastedown. Wyndham was commissioned in 1806, Commander 1810 "he was very actively employed towards the end of 1811 in the Hawke brig on the Cherbourg station; obtained post-rank 1812; and subsequently commanded the Bristol troop-ship, in the Mediterranean" (O'Byrne). He died in 1845.

A little rubbed on the boards, ex-Cruising Club library with their small gilt supralibros and initials to the tail of the spine, light browning throughout, occasional scatter of foxing, but overall very good.