Skip to the beginning of the images gallery
IRANIAN, Mihran, & others. 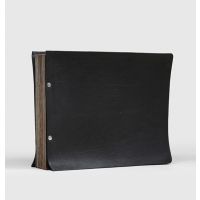 Engrossing, wide-ranging and thoughtfully compiled Gilded Age photograph album assembled by a member of a tour party sailing from New York on a Mediterranean cruise aboard the White Star liner RMS Celtic. Perhaps most importantly it includes a handful of superb depictions of Istanbul by the celebrated Armenian photographer Mihran Iranian, whose work is noted for its improvisatory, verité quality, and survives in a relatively small number of images, particularly when compared with the work of larger studios, such as that of Bonfils in Beirut, also represented here. Across the album, this collection of finely detailed albumen and silver gelatin prints capture vividly scenes at Madeira (12) Gibraltar (2), Algiers (10), Malta (8), Athens (10), Constantinople (14), Smyrna (6), Ephesus (6), Palestine (14, including Galilee, Nazareth, Tiberias), and Jerusalem (15).

The first port of call on the voyage was Funchal, Madeira, with scenes of the rugged coastline, a large panoramic view, images of the mountain-climbing funicular railway, winemaking, local residents, a fine image of one of the local carro de boi (ox car), a type of sledge with greased runners, pulled by oxen, and another of palanquin-bearers with a passenger, a mode of transport described by our sightseer as "for feeble visitors", although an English tourist in the 1850s noted that they also served to "convey the reveller from one party to another" (Edward Vernon Harcourt, A Sketch of Madeira, London: John Murray, 1851, p. 5).

After a brief stop in Gibraltar, the group moved on to Algiers. The images here include a vibrant harbour scene, the quays packed with boats, horse-drawn trolleys, and one photo marking our sightseer's hotel, just off the Place de la Republique, as well as Moroccan soldiers, and an Arab party in Biskra with musicians and dancers. One of the photographs depicts the thriving stationery and publishing house of Adolph Jourdan, with advertising clearly visible. The image of a "Maltese Lady" wearing the faldetta, bears the imprint of Richard Ellis (1842-1924), pioneer of Maltese photographer, who had set up his own studio by 1871. Other images encompass views of the fortified harbour, naval vessels, street scenes, and St. John's Co-Cathedral. The next intended port-of-call was Alexandria but Egypt had been quarantined by the Ottomans during the winter of 1902, so the group next made their way to Greece, this section opening with two hand-coloured views, of Athens and the Parthenon, followed by silver gelatin images of the Temple of Jupiter, the Acropolis, and the Temple of Theseus.

In late February 1902 the RMS Celtic was able to negotiate with the Ottoman authorities for entry into Constantinople, and the compiler of the album managed to secure a number of photographs of the city by the celebrated Armenian photographer Mihran Iranian (fl. 1891-1905), "of all the major Armenian studios from Istanbul, Iranian's albumen photographs are the rarest and less than 300 images are known to have survived. His primary subject was the city of Constantinople, its picturesque landscape, architectural heritage and the many types of artisans and workers that populated its streets. Evidently using a light camera with faster lens, which allowed for mobility and rapid exposures, Iranian captured the bustle of the city streets with remarkable clarity. Teeming with movement, these images often have an immediacy and documentary veracity unlike similar views produced by other Istanbul photographers from the previous decade above all, Iranian was a master at capturing the mood of a place. Catching the Ottoman capital on the brink of rapid transformation, the photographer aimed to record many of the ancient streets and quarters before they disappeared" (lusarvest.org, Database of Armenian Photo-Media Practitioners, retrieved 02.07.19). The eight images bearing the Iranian imprint include the Suleymaniye Mosque from the harbour, with Ottoman boatmen in the fore-ground, Pointe du Serai (Sarayburnu), the Galata Bridge teeming with travelers, a panoramic birds-eye view of the Golden Horn, a Turkish peasant baker leading his mule laden with loaves carried in wicker panniers, a group of two women and a man selling simit, the traditional Turkish circular bread, as well as a porter carrying a barrel on his back. The fine exterior view of the Hagia Sophia was captured by another Armenian, Bogos Tarkulyan, better known as Phebus Efendi (d. 1940), who had established the Phebus studio in 1890, following an apprenticeship under his fellow Armenians, the Abdullah Brothers.

The tour then continued to Smyrna (Izmir) and Ephesus (Efes), depicted through the work of the Rubellin studio (some images with the imprint of Rubellin Pere et fils), including a splendid panoramic photo of Smyrna, view of "the landing place with horse railroad leading to steam railroad to Ephesus", a "dance of the Zebes" showing an Ottoman military unit, the ancient city of Sardis, the Roman Gate of Persecution, and a view of the ruins of the Temple of Lysimachus, as well as those of the Prison of St. Paul. Once the RMS Celtic reached Haifa, 200 of the group, presumably including our compiler, decided to join the Samaria Camping Party, with a group portrait captured at Shiloh by Khalil Raad (1854-1957), "considered to be the first Arab photographer in Palestine" (Ankori, p. 36). Also included are images of the village of Cana of Galilee, Nazareth, the Greek Church, Mount Tabor, the city of Tiberias on the Sea of Galilee, with many images from the studio of Felix and Adrien Bonfils. Felix Bonfils (1831-1885) set up a studio in Beirut in 1867 and established himself as one of the finest photographers in the region, responsible for some splendid images of Lebanon, Syria, Palestine, Egypt and Greece. Included here are fine scenes of the Damascus Gate, the Tower of David, and a splendidly attired dragoman or official guide. The album closes with three memorable images, local people at the Tomb of Lazarus, a group of three Bedouin, and "women carrying roots of trees to Jerusalem to sell for fire-wood".

The RMS Celtic was launched on 4 April 1901 from the Harland and Wolff shipyards in Belfast, and made her maiden voyage from Liverpool to New York in July of the same year. She was the first of a quartet of White Star ocean liners dubbed "The Big Four", which would eventually include the Cedric, Baltic, and Adriatic. During the Great War she was converted to an armed merchant cruiser and survived being struck by a mine and torpedoed. Our tourist was one of thousands who joined the highly popular cruises organized by Frank C. Clark, one of the major tour operators working out of New York, who provided "relatively comfortable travel under generally primitive conditions. Frank Clark was represented in Jerusalem by his brother Herbert, who served as the American vice-consul in Jerusalem (and is described as such in the company's brochures). 'Clark's Cruises to the Orient' in large, chartered steamships, carried 600-800 passengers every year around the world, from 1895 to 1925. Their major advertised attractions were tours of Egypt and the Holy Land. The growth of tourism was, among other things, connected with the development of modern means of transport, with cultural changes and fashions, and with social and economic status" (Kark, p. 235).

Typescript table of contents on ruled paper (6 and a half pages, recto only, trimmed at right margin, browned and a little ragged); 100 original albumen and silver gelatin print photographs mounted recto and verso on 47 dark grey heavy card stock mounting

Some chipping and wear at the edges of the mounting leaves, occasional short closed tears, slight bowing of leaves from the mounting of the photos as usual, lacking one leaf with 3 photos which is listed in table of contents, the second panorama with minor chipping to upper right-hand corner image not affected, a few other photos with very minor damage from lifting in a few spots, remains very good.