Skip to the beginning of the images gallery
(BANQUE DE FRANCE.) 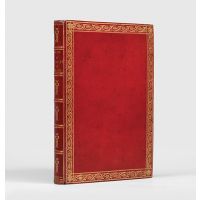 First edition. Napoleon founded the Banque de France on 18 January 1800, in the aftermath of revolutionary recession and currency volatility, and in April 1803 it was granted the sole right to issue paper money in Paris. Though founded as a public limited company, only the 200 largest shareholders were admitted to the general meeting, and it was generally under the control of Napoleon. The publication, a handsome production on large, thick paper, prints the statutes and regulations of the Banque de France, the reports of its general assembly, and lists the 200 actionnaires of the assembly (which include Napoleon, Josephine, and Jerome Bonaparte) in each of the years 1800-1803. The book is scarce, with OCLC locating copies in eight institutions: two in the UK (Goldsmiths' Library and the BL), two in the Netherlands (International Institute of Social History, University of Leiden), three in France (BNF, University of Strasbourg, Bibliothèque Sciences Po), and one in the US (University of Columbia).
This copy has been elegantly bound by one of the finest French binders of the period, Jean-Claude Bozerian (1762-1840). "Jean-Claude Bozerian was one of the leading, if not the leading Parisian binder of the period 1790-1810. His work was in great demand by leaders of the regime and prominent bibliophiles. Such was his success that his fortune was made by the time he was fifty and he was able to retire to a country estate and enjoy the life of a landowner" (David Knott, in the Book Collector, Spring 2009, p. 86). Bozerian's clients included Napoleon, who commissioned bindings both for his library and for presentation. The book was formerly in the collection of the Parisian banker Edgard Stern (1854-1937), with his bookplate to the front pastedown. Stern served as director of the Banque de Paris et des Pays-Bas and the Banca Commercial Italiana, and was appointed member of the Légion d'honneur and the Order of the Crown of Italy. Stern's large collection of fine bindings, mostly dating from the 18th century, was sold in Paris in 1988.
Loosely inserted is an unbound and unopened copy of Extrait du registre des délibérations du Conseil d'état... Exposé des motifs du projet de Loi sur les Banques, Paris: Imprimerie nationale, 1803, (14 pp. quarto, somewhat foxed, central crease), the government's explanatory memorandum regarding their upcoming banking reform, presented to France's legislators.

Complete with the half-title.