Skip to the beginning of the images gallery
FRANCKLIN, William.

conjectured to be the Brachmanes of Ancient India. In which is introduced a Discussion on the Worship of the Serpent in Various Countries of the World. 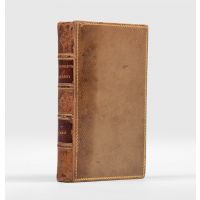 Observations made on a Tour from Bengal to Persia, in the Years 1786-7.

Tracts, political, geographical, and commercial, on the dominions of Ava. 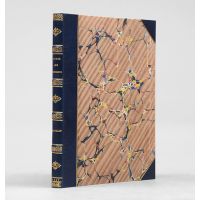 First edition of a key book in the formation of the Victorian discourse about Buddhism and Brahmanism, which also includes include a discussion of serpent worship in various parts of the world.
Francklin (1763-1839) was the son of the classical scholar and dramatist Thomas Francklin. He enjoyed a considerable reputation as an oriental scholar, being a member, librarian and Member of the Council of the Royal Asiatic Society, and also a member of the Asiatic Society of Bengal. Educated at Westminster and Trinity College, Cambridge, he was commissioned ensign in the Bengal Army and posted to the 19th Bengal Native Infantry in 1783, rising by 1814 to lieutenant-colonel both in his regiment and in the Army. "In 1786 he made a tour of Persia, in the course of which he lived at Shiraz for eight months as the close friend of a Persian family, and was thus able to write a fuller account of Persian customs than had before appeared His publications also include a compilation of the memoirs of George Thomas, the military adventurer in India; translations from Persian; archaeological remarks on the plain of Troy, seeking to corroborate the existence of an ancient city there; historical, political, geographic, economic, and religious essays on parts of India. His religious writings include a discussion of the worship of the serpent in various parts of the world. He also maintained a learned correspondence with William Vincent and was one of the few people to whom Dean Vincent acknowledged obligations in the preface to the Periplus" (ODNB).
Contemporary reviews were wary of Francklin's forays into comparative religion, but the reviewer in The Asiatic Journal and Monthly Miscellany noted that "he has the unquestionable merit of patient, we might even say enthusiastic research; and he has been so far successful, that many interesting descriptions of the cavern and rock temples, the colossal figures and sacred mountains of the Hindoos, are to be found in his book. He has also a long chapter on the serpent worship in various parts of the world He has followed Vossius in his leading illustrations; but though the information he affords us is less elaborate, it is certainly more pleasing to the general reader than that contained in the celebrated treatise De Origine et de Progressu Idololatriae 1641, or even in that of Faber Origins of Pagan Idolatry, 1816".

Some browning throughout, but overall a very good copy in an attractive modern pastiche binding.

Observations made on a Tour from Bengal to Persia, in the Years 1786-7.

Tracts, political, geographical, and commercial, on the dominions of Ava.