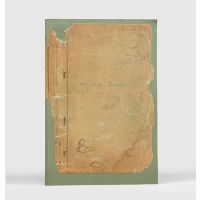 Remarkable run of sixty original Intelligence Summaries, all classified SECRET, compiled by the Intelligence Officer, BRITFORCE at Shanghai during the Japanese invasion. Nos. 12-18 (dated from 30 Aug.-5th Sept. 1937) & Nos. 20-72 (dated from 7th Sept. to 18th Nov. 1937). Issued almost daily during the height of the conflict. These rare intelligence reports, classified SECRET have distribution lists showing most of them to have been produced in runs of just 30 copies, one or two more or less, and issued to the small British force present in the city. These officially numbered examples were mostly issued to "D" Coy., 2nd Royal Welch Fusiliers, one of the three infantry battalions of BRITFORCE, each of which received six copies. Other copies went to the C.-in-C., various staff officers, SNO, Air Attaché and one each to the US, French & Italian components of the international forces.

The Japanese captured Shanghai - then the fifth largest city in the world and a powerhouse of trade in the Far East with a large international population - during an intensive three-month campaign from mid-August to mid-November 1937 which saw street fighting in downtown Shanghai and outlying towns, amphibious landings on the coastal, and aerial bombardment. The neutral international force was on hand to protect the foreign community, which was confined to a small area. Observing the fighting from just yards away, the RWF suffered several casualties and on occasion had to evacuate their position because of the proximity of gunfire. Each Summary contains an appraisal of the current situation, details of Japanese offensive operations and Chinese countermoves, comments on the general state including rising prices and shortages of essentials. They cover the main period of the Japanese offensive and Chinese retreat to the interior leaving destroyed facilities behind them.

These brief extracts from Intelligence Summary No. 37 (Containing information to 0900 hrs. 30 Sept) give a sense of the detailed contents: "After prolonged bombardment by artillery & from the air, the Japanese forces attempted on 29th Sept. to advance their positions along the front CHAPEI-KIANGWAN... the presence of British forces in B Sector is a minor obstruction to the Japanese, who have been negotiating, unsuccessfully, with H.Q., Britforce for the withdrawal of British troops... Small arms fire continued throughout the night... They also attempted to blow up the IDZUMO with a mine, which exploded some distance from its objective. After this attempt, at about 0430 hrs, Japanese warships shelled the POOTUNG shore at point blank range. At 0600hrs. the bombardment of the Municipal School area recommenced. At 0900 hrs., having first given warning to 2 R.W.F., Japanese naval troops began to move up RANGE Road supported by armoured cars. By the end of the morning they were in possession of the NORTH side of RANGE Road as far as Blockhouse A, & all Chinese troops seemed to have withdrawn from buildings opposite the Blockhouse. Japanese requests to use NORTH KIANGSE Road to outflank Chinese positions were refused... Three shells fell in B Sector during the afternoon, of which only one exploded, killing a Chinese civilian... About 0700 hrs. 29th Sept., the sentry at Post A opened fire on a sampan which persisted in crossing SOOCHOW Creek after being warned not to. Two of the occupants were wounded, & one has since died..."

Fascinating, valuable and undoubtedly extremely uncommon survival from BRITFORCE, Shanghai. Standing on the touchline of a dangerous game in which, as observers, they were occasionally called upon to participate: a position in which they were at once vulnerable to crossfire and inadvertent shelling, but unable to defend themselves. In addition to the excellent account of the Japanese offensive - a well-coordinated, fast-moving combined operation which throws light on their later strategy and tactics - the text is revealing of the details of troop arrivals, departures and dispositions, the impact of events on the civilian population, and other important aspects of the events in Shanghai, the whole supported by four excellent situation maps.

Foolscap quarto, 60 reports a total of 126 pages, mimeographed typescripts, rectos only, original Locke metal prong fastener without the retaining bar, in new card folder, remains of the original mounted front and back, titled "Intelligence Summary - D Coy. 2/RWF" in pencil on the front, each report docketed verso in indelible pencil "D" or

Four maps, each with Japanese and Chinese dispositions marked in coloured pencil.

Light toning, some scattered foxing, some soiling and spotting at the edges of some sheets, overall very good in renewed wraps.