Skip to the beginning of the images gallery
(THE SPORTING MAGAZINE.)

Or monthly calendar of the transactions of the turf, the chace, and every other diversion interesting to the man of pleasure and enterprize. [Together with;] Pictures in Old Sporting Magazines, Years 1792 to 1870. 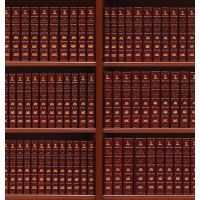 First editions of the first periodical devoted to general sportsmanship, The Sporting Magazine, issued from 1793 until 1870. This complete collection provides an invaluable resource, reflecting the changes in society and attitudes across the turn of the century, and placing them in relation to the pastimes and sports of British society. Each volume details changes to sporting laws, for example the introduction of the 1835 Protection of Animals Act, provides anecdotes and results from major sporting events, and includes a poetry section and racing calendar. "The image of sportive Englishness in the first Sporting Magazine is striking for its atmosphere of gallantry, provincial chauvinism, and the perpetuation of the old illusion that all Englishmen are equal in the field" (Cowan, p. 2). From 1819 onwards the tone of the periodical shifted, focussing more on fox-hunting and game-shooting, and dropping features such as "Affairs of Honour" which reported on duels amongst the gentleman classes. In 1822 The Sporting Magazine hired Charles James Apperly, under the pseudonym Nimrod, as their official sporting correspondent. This was the "zenith of Apperley's career, with the fame of his articles, backed by his personal skill, authority, and charm, establishing him as one of the arbiters of the hunting world" (ODNB). Although based in London the periodical had a wide-network of contributors around the country, and regularly published reader's correspondence on local matters. By relying on both reader's contributions and salaried writers this magazine demonstrates how "the eighteenth-century culture of the gentleman correspondent was beginning to merge with the culture of the paid celebrity author that would become such a force in the mass literary environment of the nineteenth century" (Cowan, p. 1). The periodical was richly illustrated, and includes engravings from the work of artists such as George Stubbs. Each plate is accompanied by an article expanding on the subject matter, which often features exotic hunts, prize horses, or famous hunting dogs. Complete sets of this work are uncommon, with just 17 traced at auction in the last century.

Engraved frontispieces and title pages with tissue guards, 1,770 engraved plates, 8 of which are folding, and 25 folding maps.

Occasional rubbing to very tips, infrequent ink marks to endpapers, a couple of short closed tears to fore edges of plates, skilful repair to short tears to indexes of vols. 118 and 156, pp. 13-33 bound out of sequence in vol. 151; in general contents clean and fresh. A remarkably well-preserved set in a bright and handsome binding.