Skip to the beginning of the images gallery
(NAVAL.)

The Tenth Report of the Commissioners of Naval Enquiry.

A Narrative of the Proceedings of His Majesty's Fleet, under the Command of Earl Howe, 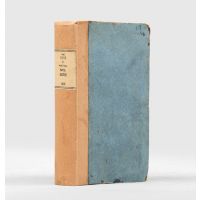 The Cruise; a Poetical sketch, in Eight Cantos. By a Naval Officer. 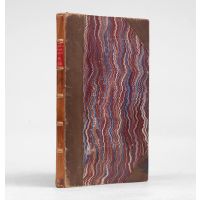 Report of the Committee on the Inflexible. With Appendix. 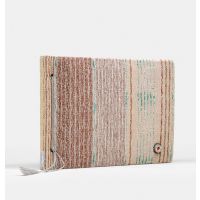 First edition of the report produced by the commission of inquiry appointed in 1802 to review the financial management of the Admiralty, of which Dundas had been treasurer between 1782 and 1800, and which, on the initiative of Samuel Whitbread, resulted in Dundas's impeachment in 1806 for the misappropriation of public money.
Henry Dundas, first Viscount Melville (17421811) was a Scottish advocate and Tory politician who wanted, and eventually got, the post of first lord of the Admiralty. Melville thought that, since there was no chance of challenging Napoleon on land, and as at the time, Britain ruled most of the world's oceans, the only chance of renewing offensive operations was an improved and growing navy. An opinion confirmed by Nelson's victory at the battle of Trafalgar, which settled the naval war for the duration as it meant that Britain could not be defeated, even while she and her allies were still a long way off defeating France. "Nelson had been an untiring importuner at the Admiralty for ever more vessels to deploy in his actions, and Melville had done everything possible to satisfy these demands. He could claim to be the man who made the dead hero's triumph possible" (ODNB).
Melville had, however, left the Admiralty by the time of Trafalgar, for the events which led to his impeachment were underway, arising from legislation which he himself had passed in 1785 to sort out the chaotic finances of the navy, but failed to follow as its treasurer. "The commission's report came out in March 1805. While it stopped short of saying that Melville had lined his own pockets, it blamed him for what had been going on. This threatened not only to end his career but also to bring down the government...The impeachment, the last ever of a British minister, went to the House of Lords as its first ordinary business in the session of 1806" (ibid.).

Provenance: 20th-century maritime bookplates of Robert J. Hayhurst to front pastedown and front wrapper's verso. He was a Lancashire retail chemist and bibliophile, a discriminating collector of maritime literature, specialising in "choice copies".

A rare work, WorldCat only locates three further copies: one in Australia, and two in the UK.

A Narrative of the Proceedings of His Majesty's Fleet, under the Command of Earl Howe,

The Cruise; a Poetical sketch, in Eight Cantos. By a Naval Officer.

Report of the Committee on the Inflexible. With Appendix.