Skip to the beginning of the images gallery
MILL, John Stuart. 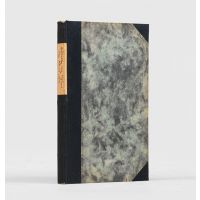 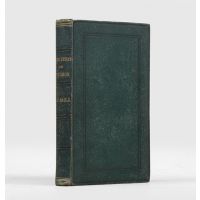 Nature, the Utility of Religion, and Theism.

First edition of Freud's translation into German of Mill's Subjection of Women, considered Freud's "only major non-scientific publication" (Norman exhibition catalogue) and his first publication in book form, issued here as volume twelve of Thomas Gompertz's first complete German edition of Mill's works, which began in 1869 and concluded in 1880. It is the second edition in German of The Subjection of Women; the first, Die Hörigkeit der Frau, appeared in the same year as the first edition in English, 1869.
During his year of military service at the age of 24, Freud substituted for Eduard Wessel, the young translator who had died suddenly during the preparation of the twelfth volume. This task was, according to his biographer Ernest Jones, "congenial work, since Freud was specially gifted as a translator. Instead of laboriously transcribing from the foreign language, idioms and all, he would read a passage, close the book and consider how a German writer would have clothed the same thoughts - a method not very common among translators" (Life and Work I, pp. 61-2).
The Subjection of Women is "the last of Mill's great political tracts" and his "most unpopular and bitterly contested" work (ODNB). Mill had long been a women's rights advocate, having been influenced by the thinking of his father, the Utilitarian philosopher James Mill, and by his long friendship with, and then marriage to, the philosopher Harriet Taylor Mill (1807-1858), a passionate advocate for equality. But it was The Subjection of Women was the only one of Mill's works "on which he made a financial loss, even though pirated popular editions soon began to circulate widely in Europe and America. Among campaigners for women's suffrage, however, it rapidly became a sacred text and gave him a position of heroic, almost apostolic, authority within the nascent women's movement" (ODNB).

Without the series title, as often. Some chips to paper of front board, hinges reinforced with cloth strips at gutter, pencil annotation to top edge of title page, final leaf guarded, contents toned and occasionally faintly foxed, else a very good copy.

Nature, the Utility of Religion, and Theism.