Skip to the beginning of the images gallery
DEVELIN, Sergeant-Major, Royal Engineers.

Taken during the Advance of the 3rd Brigade of the Chitral Relief Force under the Command of Brigadier-General W. F. Gatacre. 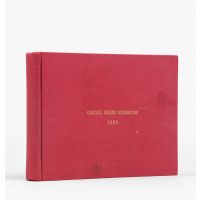 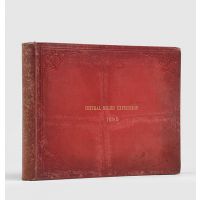 First and only edition. A fine visual record of the 1895 expedition to relieve the siege of Chitral, an incident of the Great Game that became a considerable cause célèbre. The Russians were seen to be making solid advances in the region, advancing across the Khanates of Central Asia, a railway line following in their tracks, and "had begun to show an alarming interest in that lofty no-man's-land where the Hindu Kush, Pamirs, Karakorams and Himalayas converged, and where three great empiresthose of Britain, Russia and Chinamet. Russian military surveyors and explorers were probing further and further into the still largely unmapped regions around the upper Oxus, and even into Northern Tibet To British officers stationed on the frontier, and their masters in Calcutta, it looked as though the long feared Russian penetration of the passes had now begun" (Hopkirk The Great Game, p. 449). The independent monarchy of Chitral was seen as a possible route for the Russians into British India, so when the death in 1892 of the long-time ruler Aman-ul-Mulk II, in the absence of any law of succession, threw the state into chaos, it was felt necessary to intervene to ensure the stability of the region. In an attempt to establish a secure base for operations, on arrival from Gilgit the political agent, Surgeon Major George Robertson, occupied the local fort, and found himself bottled up there. "The vision of a handful of British officers, with their loyal native troops, holding out against overwhelming odds in a remote and picturesque fortress, brought to mind the recent tragedy in the Sudan. 'It is Khartoum all over again,' declared the Graphic. Those with slightly longer memories remembered Burnes, Macnaghten, Cavagnari, Connolly, Stoddart and other victims of oriental treachery beyond India's frontiers" ( p. 492).
Develin's pictorial journal follows the progress of the 3rd Brigade of Major-General Sir Robert Low's relief force from their entry into the Malakand Pass to arrival at Chitral, and includes numerous excellent landscapes, together with group portraits of British and native troops, and of local dignitaries. In the end the 15,000 strong army was pre-empted by a somewhat rag-tag force (400 Sikh Pioneers, 40 Kashmiri sappers with a pair of mountain guns, and 900 Hunza irregulars) cobbled together by Col. James Kelly at Gilgit, which relieved the garrison almost a month before the main force arrived. An attractively-produced and sought-after record: uncommon, with only four copies on Copac, to which OCLC adds a further five locations. This copy with some extremely interesting pencilled notes to both the introductory text, and a number of the plates; and three original photographs loosely inserted, two (109 x 143 mm) personal albumen prints with identifications pencilled verso, the other a larger (210 x 242 mm) unnumbered Burke print of an encampment at a Durbar? Circumstantially it would seem that the annotator may have been with the medical services.

127 photogravure plates, 4 of them folding.